A Century of Makeup Trends

As another year draws to a close, here is a look back on the last century of beauty and makeup trends… who knows what is in store next year!

Makeup beauty trends – a brief history through time
1910s – Barely there
WHO WORE IT BEST: BETTE DAVIS
This was a demure, classy decade where too much makeup was seen as trashy. Most women would wear a flash of blusher, perhaps with a small dab of colour on their eyelids. Sun tans were also seen as trashy.

At the beginning on the century, makeup wasn’t easily available unless you had money. Mascara wasn’t even invented! Maybelline attempted a first version which needed water to create a paste. The only women wearing it were “working” girls or stars. 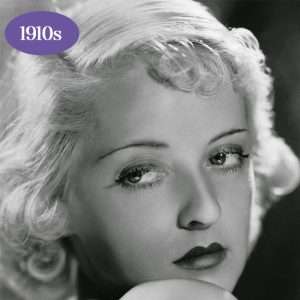 1920s – Bringing those eyes out
WHO WORE IT BEST: CLARA BOW
In the 1920s it was time to party. The previous demure look was no more and when women earcned the right to vote, their makeup became bolder also. Makeup was more widely available and women took inspiration from American movies. Dark smokey eyes was in as well as red lips. 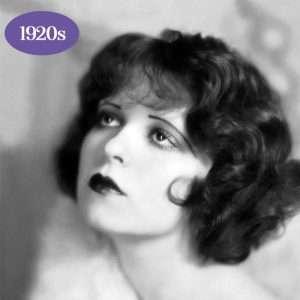 1930s – thin eyebrows
WHO WORE IS BEST: MAE WEST
The Great Depression led to a trend of emaciated eyebrows. Thousands of people lost verything due to the stock market crash and people went to the cinema to take their minds off the crisis. The new eyebrow trends was inspired by the movies and seeing stars such as Greta Garbo draw a very thin pencil line for their eyebrows. Some even removed their eyebrows altogether! Pale pastel shades were often used by those with any money to spare, together with blusher and maroon lips. 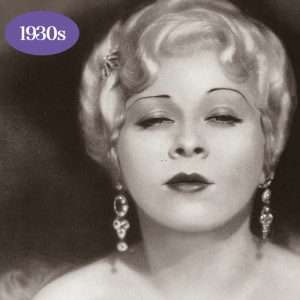 1940s – Au Naturele
WHO WORE IT BEST: RITA HAYWOOD
World war 2 meant makeup was hard to come by. Women were sent to do the men’s jobs in the factories whilst the men were out fighting for their country. As makeup was rationed, it was very minimal and included perhaps some beige / brown eyeshadow and mascara. Pin up girls with red lipstick came in to existence to boost the morale of the men at war. 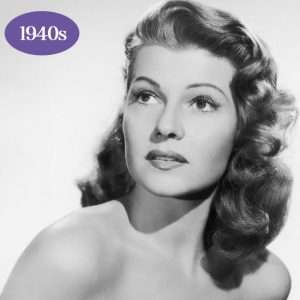 1950s – Cat eyes
WHO WORE IS BEST: AUDREY HEPBURN
The very flirtatious, winged black eyeliner look was inspired by actresses such as Marilyn Monroe, together with fairly neutral eyeshadow and pink lipstick. 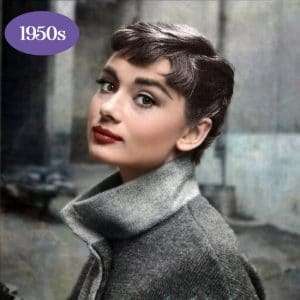 1960s – Bring in the lashes
WHO WORE IS BEST: TWIGGY
This decade was a period of new, brash styles, brought in by a big boom of youths in this generation due to the end of WW2. The Beatles were on center stage and inspired Mod fashion. Shirts were short and eyes were bright and wide. Extra long, false eyelashes were applied to both top and bottom lashes together with tick black eyeliner (and also white eyeliner) and coloured eyeshadow. 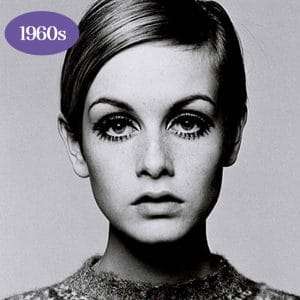 1970s – Neutral
WHO WORE IS BEST: BIANCA JAGGER
This makeup trend emerged as a result of a “hippy”, “earth” trend that was a result of the Vietnam War and the first Earth Day, which lead to the start of recycling and going back to nature. Of course there was the Women’s Liberation Movement which dictated what women should look like, which has a profound effect on makeup trends. Women wore neutral barely-there eyeshadow and minimal mascara. 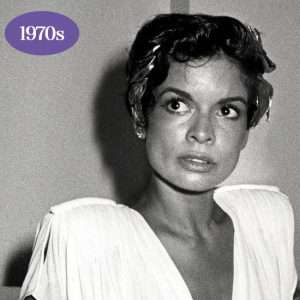 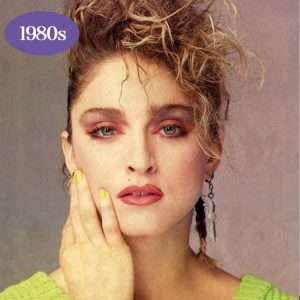 1990s – Minimalist makeup
WHO WORE IS BEST: KATE MOSS
Many people copied Kate Moss’s natural, minimal makeup look when she rose to fame in the 90s with Calvin Klein. Makeup tones were subtle and barely there, keeping in theme with a less-is-more attitude towards beauty. With this came a second trend for minimal eyebrows also, with girls and women majorly over-plucking – a trend that many of us would come to regret! 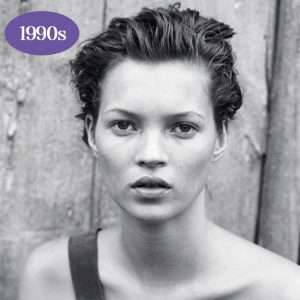 2000s- Lashes are back
WHO WORE IS BEST: JENNIFER LOPEZ
Despite the controversy caused by Lopez rocking up at the Oscars wearing real red fox fur lashes, women were sold on the look of thicker, fuller lashes, topped up with a lot of mascara. Pop up lash bars emerged where women could go an get fake lashes stuck on for special occasions. Gadgets emerged promising to curl lashes to make then look longer, as well as numerous products to promote growth and thickness of natural lashes. 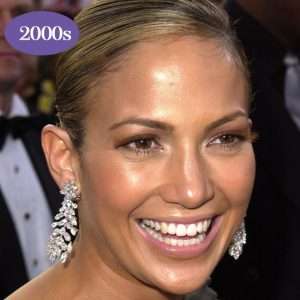 2010s – Big brows
WHO WORE IT BEST: KEIRA KNIGHTLEY
And here we are now. The brows have been the biggest obsession this decade, more recently the last few years. For those who over-plucked in the 80s / 90s, this has caused a rise in popularity over more permanent solutions to get those brows back, such as eyebrow tattooing and eyebrow microblading. This trend was mostly sparked by high end catwalk models such as Cara Delevingne for Chanel. Other women have resorted to growth treatments, pencils, powders – you name it! We have all heard the men commenting on how different women look when they wakeup in the morning which has lead to a lot of women making their makeup more permanent, so they wake up with makeup on. This decade is the era of permanent makeup and semi-permanent makeup. Women can have their lip liner and colour permanently applied, permanent eyeliner and of course as mentioned, permanent eyebrows or semi-permanent eyebrows which can last up to 3 years – who knows what the makeup trend will be in the 2020s! 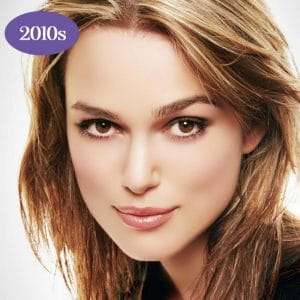